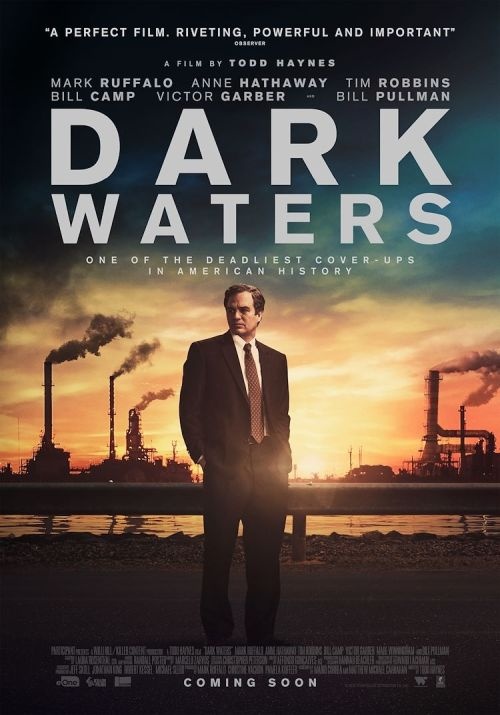 In 1998, Robert Bilott (Mark Ruffalo) is a corporate defense attorney in Cincinnati, Ohio. One day at the office, farmer Wilbur Tennant (Bill Camp), an acquaintance of Robert's grandmother, arrives with boxes of videotapes, requesting Robert's assistance. Robert doesn't have time for him, but later drives out to his home town of Parkersburg, West Virginia, to see his grandmother and then Wilbur. Wilbur shows him evidence - from video tapes he's made to remaining cow parts - of how all 190 of his cows have died, showing signs of bizarre and strange disease. He knows it has to do with the huge company DuPont, who has a plant in town, since his brother had been working for them disposing of waste. Robert asks his boss, Tom Terp (Tim Robbins) if he can take the case, assuring him it will be a small side project. Tom reluctantly agrees.